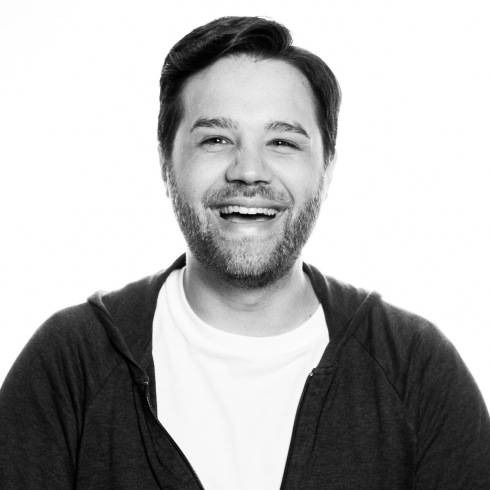 Author website/social media: nicktapalansky.com
Tell me a little about yourself: Author. Attempted Social Media Hermit. Sushi Lover. Reader of All the Things.

When you were my age, did you like to read? Oh, like isn’t a strong enough word. I loved to read. I usually had stacks of books beside my bed, on the bookshelf in my room, in my backpack… Not so different from me today, actually! (Bridget note: sounds like me!)

What was your favorite story? This is a tough one. Some real hard hitting journalism, Bridget! It’d be almost impossible for me to settle on a single story, but I absolutely loved Bunnicula, The Howliday Inn, The Celery Stalks at Midnight, and Return to the Howliday Inn by James Howe. I read them so many times I wore my copies out. Same with Skinnybones and Almost Starring Skinny Bones by Barbara Park and Shiloh by Phyllis Reynolds Naylor.

Oh! And The Phantom Tollbooth by Jules Feiffer! Can’t forget my buddy Milo and his amazing adventure.

And I came to it when I was a bit older than you, but Jeff Smith’s Bone changed the way I understood comics and graphic storytelling and I can’t recommend it highly enough. You can tell I’m old because I had to read it in the original black and white which, to this day, is still my favorite way to read it (despite thinking that Steve Hamaker’s color work on it is absolutely fantastic).

See what I mean? And we’re just scratching the surface here. I could talk about this for days.

How do you get your ideas? Like where did idea for unattached shadow come from? It changes from book to book, honestly. Sometimes it’s two unrelated ideas coming together in unexpected ways, sometimes it’s just inspiration that seems to come out of nowhere. The basic concept for Cast No Shadow, a boy with no shadow falling in love with a ghost, was definitely something that sort of came out of nowhere (although I’ll confess that the unattached shadow was certainly inspired a bit by Peter Pan, another favorite of mine). 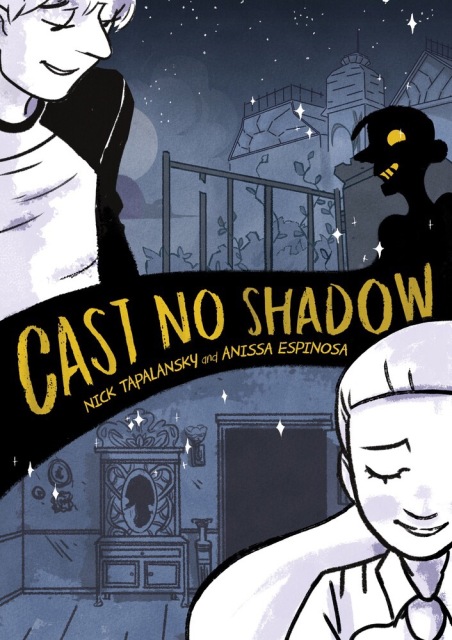 Is it hard to write a book? Yeah, each story is its own unique challenge, but in all the best ways. The hardest part across any story I write is just getting through a first draft because, halfway through, I’ll have a new idea for an earlier scene I want to add or change. The trick is to just finish a story, beginning to end, so you have a whole something to go back and fix. Editing and rewriting is always so much easier, and often more fun, because there’s a world and a cast of characters already moving around doing their thing and, rather than discovering and meeting them for the first time, I get to play with them instead.

Do you have a favorite among the books you have written? This is a hard one! I love them all, honestly, but the one I love most is usually whichever I’m currently writing. I actually have two more already finished and being illustrated for release next year (I think you might like Samantha Loring and the Impossible World, which is being published by Top Shelf – I’ll be sure to send a copy over when it’s done! Bridget note: YES!) and I’m deep in the planning stages for two more. It’s those two super-secret projects that I’m most excited about right now.

Why do you think graphic novels are important for kids? They’re great gateway books for readers of all levels, and can often be less intimidating for folks who might be scared to pick up a really dense book with no illustrations. It also demonstrates multiple ways to tell a story, which I think is inspiring to anyone interested in spinning yarns of their own.

What author do you really like right now? It’s hard to choose just one! I’m in the middle of When Marnie Was There by Joan G. Wilson, which I’m really enjoying, and recently read A Wrinkle in Time by Madeleine L’Engle for the first time, which was unique, coming to it as an adult with no nostalgia for it.

On the comics side, I’m always excited by anything David Petersen (Mouse Guard) and Jeremy Bastian (Cursed Pirate Girl) are doing in the all-ages world.

What advice do you have for a kid who wants to be an author? I love this question, and as it happens I have a few go-to bits of advice that I still rely on myself every day (many of which were cribbed from Stephen King’s On Writing book, which I read at 16 and revisit at least once a year): 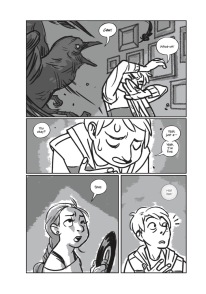 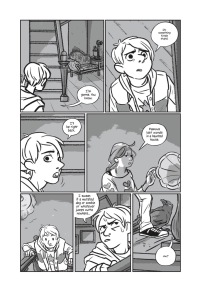 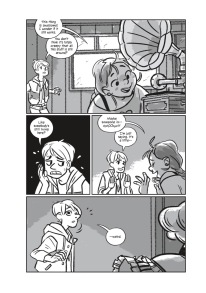 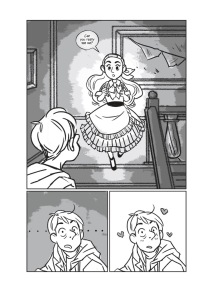 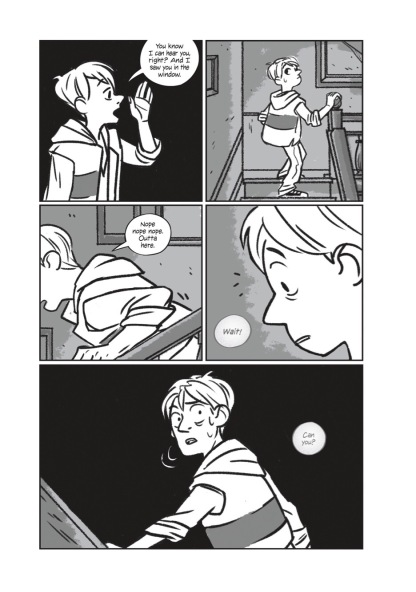 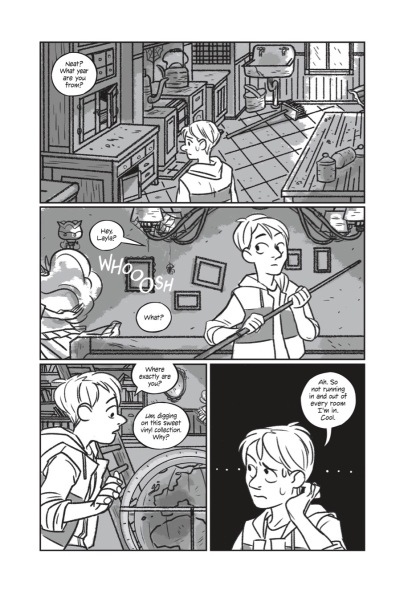 One thought on “Meet the Author: Nick Tapalansky”