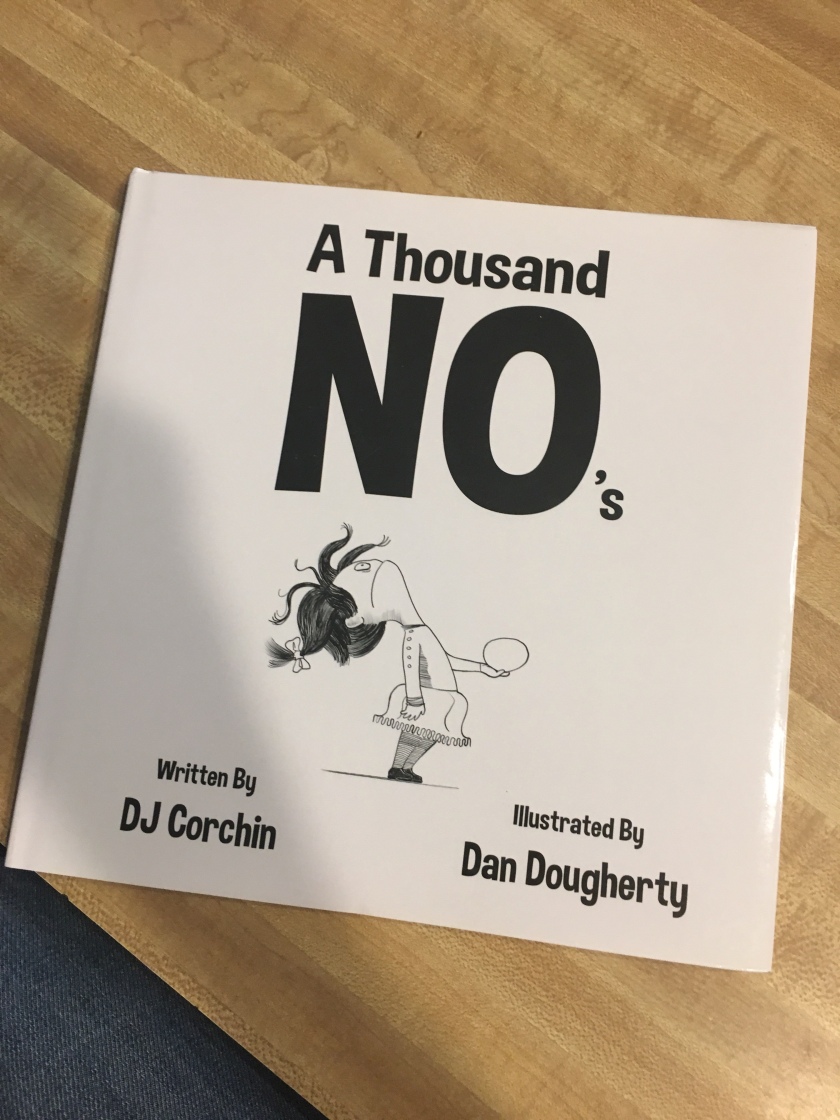 Jay Fosgitt told me to go talk to Dan Dougherty at Comic Con. It was a good call by him. I picked up copies of two of the books he illustrated. Today I am reviewing “A Thousand No’s”.

This book is about when you have an idea but everyone says NO and that even when you have gotten 1000 NO’s all those NO’s can make a newer and better idea and eventually you’ll get a yes!

I like this book because the idea starts small but ends big. I also like how the girl asked for help. In the end asking for help and being open made her idea better. I would love to have a print of the end idea. It is that cool.

I recommend this book to authors and illustrators and kids who hear no a lot. Maybe teachers could use this in their classes.